When Year 2 science education student Ong Yan Lin realised the vacuum cleaner she ordered online went missing, she took to lost and found chat groups in fury, believing someone had stolen it.

It turned out her delivery was actually in the paws of two thieving long-tailed macaques, and covered in monkey poop to boot.

The primates had pillaged her hall of residence’s collection point, making off with her vacuum cleaner among other items last Sunday. Yan Lin only discovered the unlikely culprits when someone shared an Instagram Story with her, which showed the monkeys chewing on her parcel.

“After I saw the video and the remains for myself, I wasn’t angry anymore. I was just in disbelief,” said the Crescent Hall resident, 20.

Yan Lin is one of the unlucky few in the Crescent and Pioneer Halls who had their parcels pilfered by long-tailed macaques recently — the latest penchant among the university’s resident treetop thieves, typically known for snatching food items.

The burgling monkeys have prompted hall authorities and students to keep a watchful eye at collection points. Hall councils around campus have sent advisories to warn residents about the monkeys’ appearances at different blocks.

With the monkeys looting more expensive and permanent items, students salvage their deliveries.

Yan Lin eventually retrieved her poop-stained vacuum cleaner after the monkeys left it behind. However the charger was nowhere to be seen, and the box it came in was obliterated, she said.

“I tried charging it with another plug, but brown stuff came out,” she told Soapbox.

In another encounter, accountancy and business student Sim Yu Kit, 24, had just bought his lunch at the Crescent Hall canteen when he bumped into several monkeys trying to eat a camera they stole.

They left another camera on the ground, which Yu Kit managed to save from the simians.

The fourth-year student said: “I was so shocked! I filmed it and when I was done, I turned around and saw a monkey trying to take my pork rice.”

Wivian said she already had a prior run-in with monkeys in her own hall room last July — several monkeys rampaged through her make-up collection after prying her windows open while she was away.

“When I came back from work, there was powder on the floor,” said Wivian, a Crescent hall resident.

“I looked out of the window and the contents of the case were strewn outside. You could see the paw print stains everywhere too — that’s how I knew.”

Wivian added that she had two shelves packed with snacks that the monkeys had left untouched.

“They may have gotten food before from packages and hence they learn very quickly. Once they learn — and this will take some time — that by climbing to units gives them nothing, no food, no novel items to explore, they’ll visit other areas,” she said.

Ms Boopal advised students to store their items in closed cupboards or opaque containers, and to close their windows while they were away.

“That’s the long-term solution and we appeal to residents to be patient but also for 100 per cent of them to follow this etiquette. It only takes one person leaving items exposed or windows open to reinforce the macaques’ behaviour of revisiting the area,” she said.

Still, the monkey trouble is not enough to deter Wivian and Yan Lin from having their online shopping items delivered to their hall.

Wivian said she will only order items if she knows that she would be staying in hall for most of the week. If she is away, she would ask her friends from the hall to collect her parcels for her rather than leave them at the common collection point for hours.

Yan Lin plans to opt for smaller items. “This way, they will go into my letter box – not on the table.” 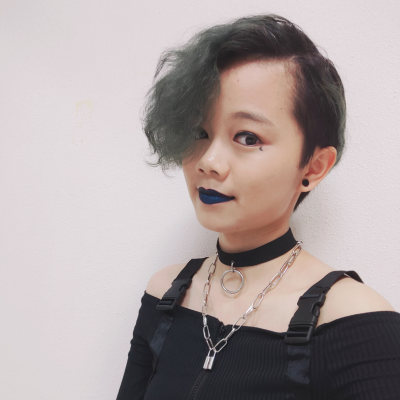